What the District Does

The role of a scout “District” is to manage all the Scout Groups and other functions within Odiham Scout District.

Please note that the Scout “district” is a defined geographical area, but it is a little different from the governmental definitions of district (council), wards or constituencies! 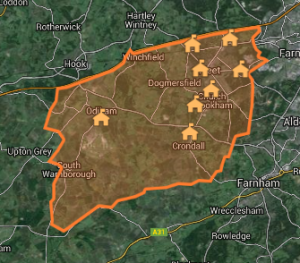 Formally: Scouting in the United Kingdom is organised in Scout Groups, Scout Districts, Scout Counties and Country Headquarters. These ‘units’ of Scouting provide:

In a bit more detail

Odiham District is organised in to 9 Scout groups and 5 Explorer units with 1 Network.  Each Group and Unit runs in a semi-autonomous mode, with District providing the key supportive administration including:-

The District operates through the District Commissioner and key committees:-